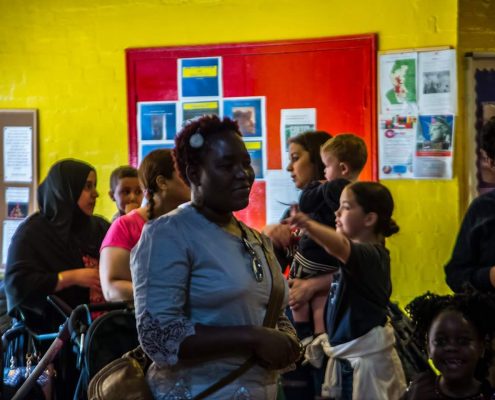 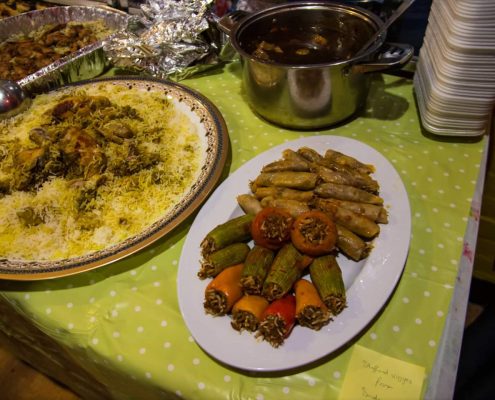 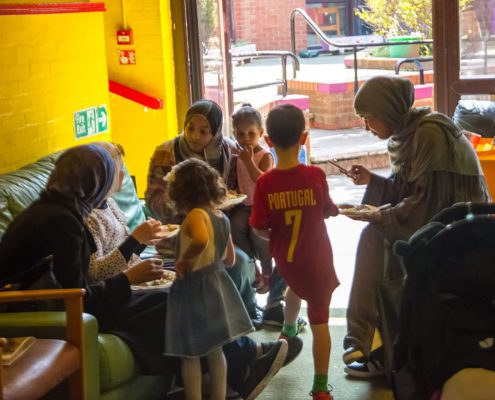 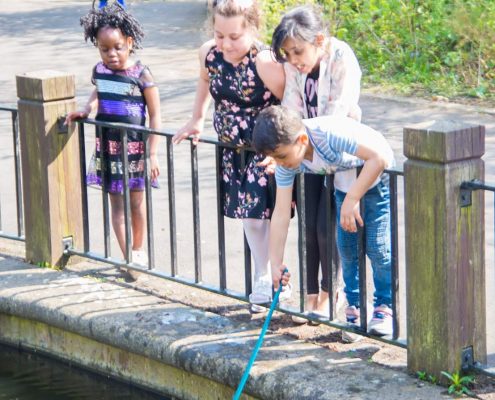 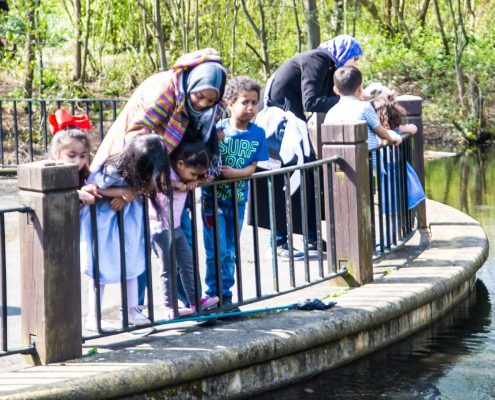 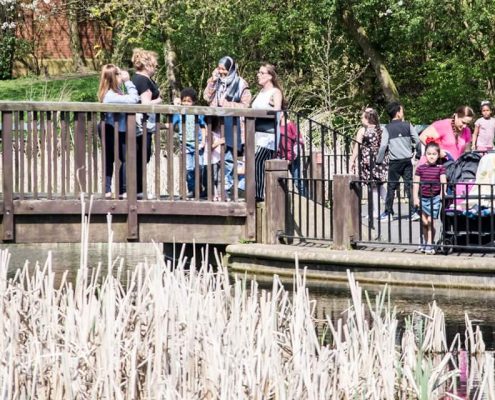 As a way of welcoming new people into our community, the Shewsy, along with St. Peters church, arranged a Know your Neighbour event at the club on Saturday 20th April 2018.

In the 10 weeks leading up to the day, volunteer Lisa Dumbell facilitated a world foods cookery programme – getting traditional recipes from new residents’ native countries and attempting to cook them with senior club members (funded by Warburton’s).  Some of the dishes included were from countries such as Libya, Italy, Poland, Czech Republic, Turkey and India.

Upon inviting old/new residents to the event, we also gave them the opportunity to prepare a dish traditional to their country of origin. We also provided the money to cover the cost of the meals so there would be no financial strain on the participants. This was funded by a grant received from LCVS.

The aim of the project was to promote community cohesion by making people feel welcome in the Everton community, and what better way to get people together than their love of food. We have found that people are proud of their roots and are more than happy to display their cultural heritage through food.

During the day we had many new residents turn up with their families, proudly introducing the dish they had provided – all of which were delicious and thoroughly enjoyed by all. There were 15 different countries represented throughout the day with dishes provided from each and recipes shared amongst newly found friends. The countries were Nigeria, Saudi Arabia, Sudan, Iraq, Poland, Syria, Yemen, Czech Republic, Hungary, Zimbabwe, Morocco, West Africa, Morocco, Iran and England.

We were fortunate enough to also be blessed with beautiful weather so were able to make full use of the neighbouring Everton Park Nature Garden (which many of the residents had been curious about as it is gated and used mainly for supervised groups). This was an extremely popular choice amongst attendees who loved the natural beauty of the place.

The event was due to end at 2pm but people were having such a great time the vast majority left later and carried the day on in the local park just across the road from the centre, where the children played in the sun and the parents stayed and chatted amongst themselves.

We have since received really positive feedback from the public about the event and are hoping to make this happen more often, with the next date provisionally set for our annual Summer Fair on the 23rd June.

“Sharing a meal is a simple, yet sacred occasion. It is a universal act that is important to building relationships within people groups.  Intentionally eating together creates time and space to engage in the spiritual and intellectual levels that are unique to human beings.  Sharing food cultivates community because the implications of the meal extend beyond the time of eating together.  While there are other places people meet, gathering around a meal is the most accessible because if nothing else, everyone must eat.”  Katz, R, 2012